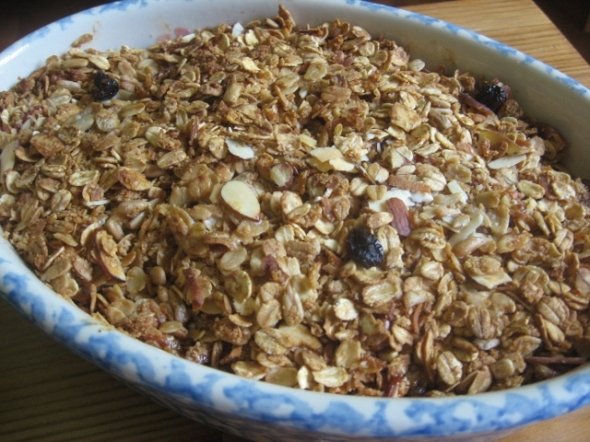 A pluot is a cross between a plum and an apricot.  There are many varieties of pluots, each one varying in color, sweetness, and size. I got a good deal on a 2 pound bag of Dinosaur Brand pluots this week, but they were not very sweet and more tart than I like. Noone in my family would eat them, so I decided to make a super easy pluot crisp using granola I made last month as the topping. Crisps are a perfect way to utilize summer fruits like peaches, cherries, and berries and using granola is a great shortcut.

Preheat the oven to 350 degrees.

Wash pluots, remove pits and cut into quarters. Toss the pluots in a bowl with the brown sugar, flour, and vanilla. Pour mixture into a 1.5 quart baking dish. 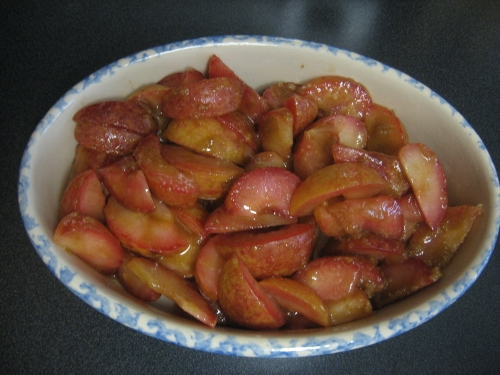 Dot with butter. Top with granola. Bake at 350 degrees until granola is browned and the pluot juices are bubbly, about 30 – 40 minutes. 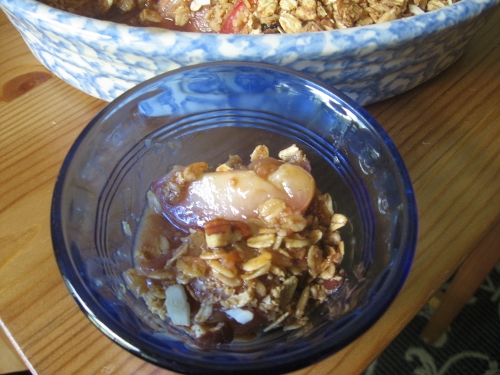 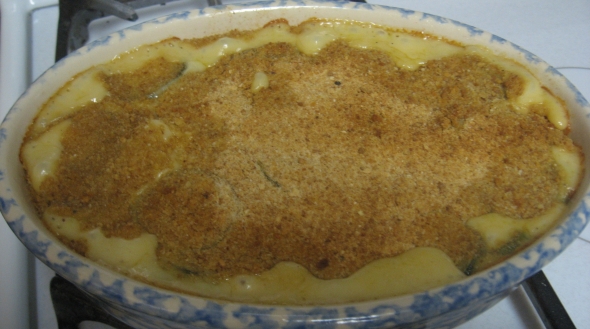 It’s zucchini season and if my garden wasn’t such an epic fail this year, I would be sneaking bags of zucchini onto my neighbors’ porches in the middle of the night. I didn’t get a single zucchini from the plants I planted this year, but I did just pick up a bunch of zucchini from the farmers’ market. I love zucchini. I use it in soups, make pasta dishes with it, make zucchini bread, use it in veggie enchiladas, as well as other veggie dishes, but I am always up for a new zucchini recipe. This is a basic gratin recipe and works well with zucchini. I used cheddar cheese when I made this, but I think swiss or gruyeres would be really good too.

Melt butter in a large saute pan over medium-low heat. Add the sliced onions and cook until tender and just starting to turn golden. Add the sliced zucchini and season with salt and pepper. Cook, stirring often until zucchini starts to get tender, about 5 minutes. Stir in the 2 tablespoons of flour. Add the milk slowly, stirring to remove any lumps. Cook until sauce thickens and then stir in the shredded cheese. Season again with salt and pepper to taste. Pour mixture into a greased baking dish (1.5 qt size works fine). Sprinkle the breadcrumbs evenly over the top. Bake in the oven at 375 degrees for about 20 minutes or until browned and bubbly.