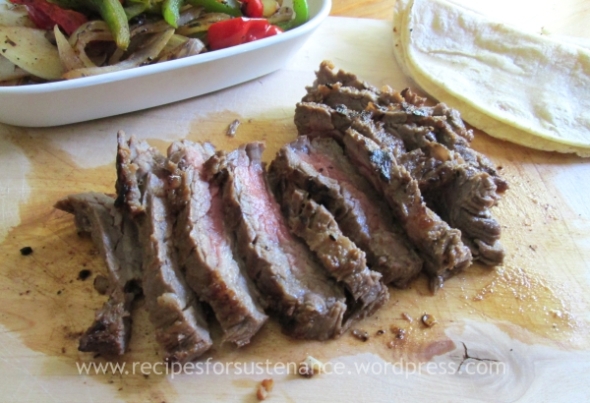 A quick and simple marinade and the use of a cast iron skillet makes beef fajitas an easy weekday meal.

Fajitas are a quintessential Tex-Mex food. Initially, skirt steak was the meat used for fajitas, but now fajitas made with a variety of cuts of beef, as well as, chicken, pork, or shrimp (or a combination of meats) are totally acceptable. The grilled meat is usually accompanied by onions and bell peppers and served with tortillas and a variety of condiments.

This recipe can easily be doubled or tripled. 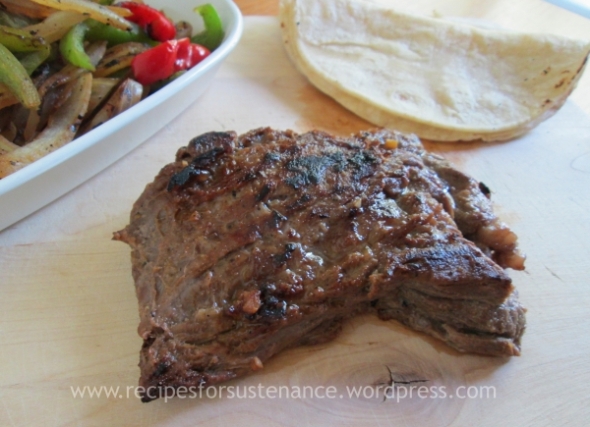 1 pound skirt steak (or flank steak)
2 fresh limes (get ones with thin, smooth rind so they are extra juicy)
2 teaspoons ground cumin
1/2 teaspoon kosher salt (or to taste)

Combine the juice from the two limes with the cumin and salt. Add the skirt steak, turning once or twice to coat the meat. Let sit 10 minutes.

Heat a large cast iron skillet over high heat. Once hot, remove the skirt steak from the cumin-lime juice marinade and add to the pan. Cook for 3 – 5 minutes on each side, or until desired doneness. Remove from the skillet and let rest on a cutting board.

Add the onion and bell pepper to the hot skillet (no need to clean out the skillet, the veggies will pick up the flavors from the steak). Cook, stirring often, until the veggies are slightly tender and browned in areas. Reduce heat to low and keep warm. 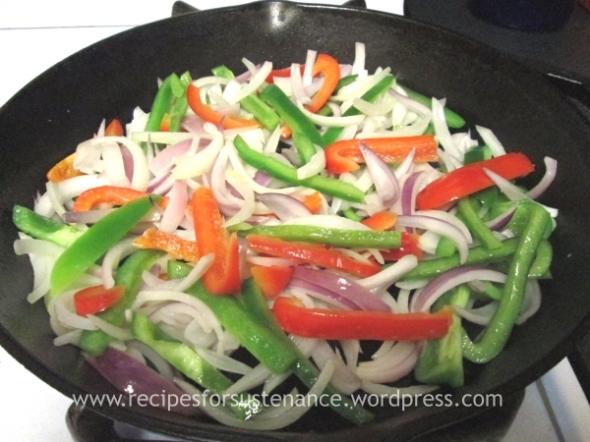 Cut the skirt steak against the grain into somewhat thick (about 1/2-inch) slices. At this point, I like to throw the steak back into the pan with the veggies and toss to combine, but you don’t have to.

Assemble the fajitas. Place some steak and veggies into a warmed tortilla of you choice. Top with the condiments of your choice. I like mine with sour cream and fresh pico de gallo.